The Select Board on March 29 approved five articles, recommended no action on one and tabled two for further discussion.  A Actions taken on March 29 … Approved articles: Article 6, Bylaw Amendment/CPAC Member Term Limits―Replaces Community Preservation Act Committee (CPAC) at-large members’ term limits with their removal based on a majority […]

The Select Board on March 29 approved five articles, recommended no action on one and tabled two for further discussion.

Article recommended for no action:

The board unanimously voted no action to allocate affordable-housing funds to households/individuals making at or under 60 percent of the town’s average median income (AMI).

“This article has the right sentiment, but we first want to create the trust, let the trustees manage it and then come up with a mandate on how to spend the funds,” said board Chair John Hurd.

Board member Len Diggins said, “I have a lot of confidence that the trust fund will do all it can to make sure as much housing as possible is affordable.”

Board member Diane Mahon said, “Town Meeting had a vigorous debate on this issue, and this article muddies the waters of what we already discussed and voted on.”

Board member Dan Dunn said, “I don’t want to cripple access to housing trust-fund money, which already comes with strings attached, with a restriction written into the bylaws. After last year’s Town Meeting, I don’t see a reason to change course.”

However, several town residents spoke in favor of the article.

Laura Kiesel, one of the article’s proponents, said that households making up to 100-percent AMI in income ($83,000 for one-person households, $95,000 for two-person, $107,000 for three-person) can qualify for affordable housing.

“In the Boston area, white households are near the median income. However, blacks make $47K AMI, Hispanics $42K. If Arlington doesn’t compensate for these disparities, this will work against making Arlington a more diverse town, and be exclusionary to many black and brown people,” said Kiesel.

John Sanbonmatsu, also a proponent of the article, said, “Class diversity is lacking in this town. Arlington was a working-class town for a long time, and people could afford their own homes. Those days are gone. We have a global crisis of people being forced out onto the streets, and the town must respond to this need. That means to make housing affordable for everyone.”

Rebecca Gruber, Arlington Diversity Task Group cochair, said, “Housing affordability is an emergency, and funds need to go to those most in need. By setting such a high AMI bar for affordable housing, Arlington is setting an exclusionary bar for many people of color, people with disabilities, and other marginalized populations who qualify for affordable housing.”

Anna Henkin said, “There’s also a rent burden, which prevents people from spending money at local shops. When you’re not prioritizing people who spend the highest percentage of their income on rent, you prevent people from being able to support the town.”

Elizabeth Dray, a Precinct 8 meeting member, said, “We need actual tools and solutions. People say they support affordable housing, but do not provide solutions. We don’t need hope and belief; we need a plan with concrete steps.”

The board unanimously approved that blasting, rather than chipping or digging, be used for rock excavation in residential and commercial development.

“Rock chipping is disruptive to the people living nearby. The Health Department, when responding to complaints, can only monitor the noise level; they cannot address any other concerns. The Fire Department oversees that blasting is done safely and, in most cases, is precise and done successfully,” explained Town Counsel Doug Heim.

“I’m not aware of any blasting complaints. We can already blast now; this bylaw applies to excavations greater than 50 cubic yards, without having to do a pre-blast survey,” added Heim.

Town Manager Adam Chapdelaine said, “This bylaw would mandate a more thorough investigation of how properties could be excavated. Adoption of this bylaw wouldn’t make it more or less easy to excavate, just further intensify the investigations that need to be done before blasting or chipping decisions are made.”

Dray expressed concern: “There’s a 30-day time limit to report property damage, which doesn’t seem to be enough for long-term damage to settle in. Basements are flooding because blasting changes how water goes through the rocks.”

The board unanimously voted no action to require a rodent-survey-assessment of any property undergoing excavation in order to apply integrated pest management, such as dry ice.

Heim explained: “The state Attorney General’s Office has already ruled that local municipalities cannot pass ordinances that regulate what pesticides are used, and will almost certainly reject any bylaw that requires any pest-control system.”

Mahon said, “We can’t impose that kind of permit. I don’t want to put through a warrant article that won’t pass muster with the Attorney General’s Office.”

“We’re asking people to incur costs, such as inspections in additional locations, and slowing down the construction process. I haven’t heard anything that says this is worth the cost,” said Dunn.

Hurd said, “My neighborhood and other neighborhoods have rodents, so the issue is there, but I’m not sure this is the best way to fight that at this time.”

Bylaw proponent Elaine Crowder, a Precinct 19 meeting member, said, “When construction occurs, the rats are disturbed and spread to neighbors, who then feel the need to do some kind of remediation, such as poison. Increased poison can affect other prey animals in the food chain. I want to promote sustainable development that would promote the health of neighborhoods that are hosting construction projects. Treating burrows with dry ice is very effective.”

Henkin said: “I’ve seen many rats on Mass. Ave., especially near construction projects. They’re bad for people’s health, and can cause structural damage to buildings. We should encourage the use of dry ice, which is easy to use and doesn’t impact the environment as much as poison.”

The board unanimously voted no action to study how to implement an Affordable Housing Overlay District.

“The current housing-production plan expires in October 2021, and requires a new plan to be undertaken. That would be the appropriate time to undertake an affordability study. This is worth studying as part of the next plan,” said board member Steve DeCourcey.

Dunn concurred, “It makes sense to look into this further, as part of the town’s housing-production plan.”

Article proponent Guillermo Hamlin, Precinct 14 meeting member, said, “The state allows for smart-growth overlay districts. Somerville and Cambridge recently passed this, and it’s in our best interest to study whether their claims of increased affordability and smart growth can best serve the town of Arlington.”

The board unanimously recommends authorizing a design competition to encourage new housing and mixed-use construction in the Broadway corridor, near Arlington Center.

Article proponent Barbara Thornton, Precinct 16 meeting member, said, “A design competition would give Arlington alternatives of what the town could look like. People could see what more density, more climate action and more green space would look like, and then move it into the housing-production plan.”

Chapdelaine said: “Arlington’s Director of Community and Planning Development Jenny Raitt supports this concept. We want to get this done, using town resources most efficiently.”

Mahon said, “This resolution could be incorporated into the department of Community and Planning Development under their housing-production plan.”

NOTE:  A summary of the April 5 meeting will be published this week.

Low-cost bathroom renovations: how a lot they cost and how to help you save money

Wed Apr 14 , 2021
How substantially does a rest room renovation price tag? In a kitchens and loos survey they took, the Housing Marketplace Affiliation (HIA) found that the common value of a lavatory installed in a new household to be $16,430, although a bathroom installed as part of a renovation cost $17,522 on […] 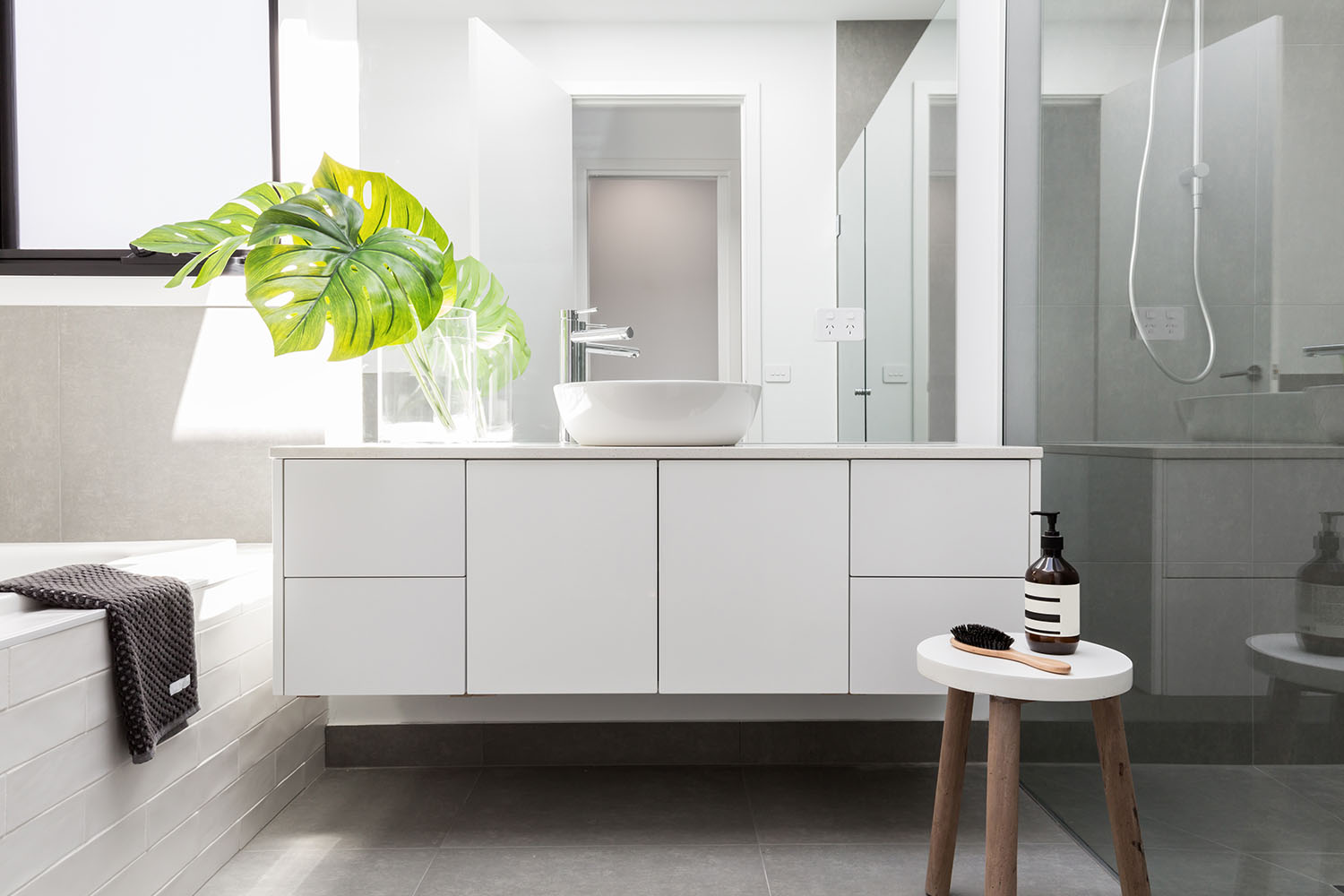