Feb. 9 to Feb. 10, 2017 At 9:30 p.m. on Feb. 9, the Post published its article. It immediately set off a firestorm inside and outside the White House. Nearly everyone in the West Wing was blindsided. “We went bananas,” said a senior White House official who was there at […]

At 9:30 p.m. on Feb. 9, the Post published its article. It immediately set off a firestorm inside and outside the White House. Nearly everyone in the West Wing was blindsided.

“We went bananas,” said a senior White House official who was there at the time.

Only then did McGahn, whom Trump had tasked with looking into Flynn’s conduct, decide to refocus on the issue.

Priebus was having dinner with the president in the White House residence when McGahn, who still had not read the transcripts of Flynn’s calls with Kislyak, urgently asked him to leave the dinner to discuss the Post article. Priebus was fuming. They summoned Flynn from the national security adviser’s suite, and a handful of senior White House officials, including White House counsel, deposed him in Priebus’ office.

“What the f— is going on?” Priebus asked Flynn.

Flynn responded that he now wasn’t completely sure if sanctions had come up in the Kislyak call.

“Well, you told me that didn’t happen, so which is it?” Priebus said to Flynn, who responded again that he was unsure.

Around 6:20 the following morning, Pence’s aide, Marc Lotter, walked over to the West Wing to see Anton.

“We have a problem,” he said, adding that Flynn had “essentially made the vice president of the United States a liar” by telling him he hadn’t discussed sanctions with Kislyak – a lie Pence then repeated in a nationally televised interview. Pence wanted to read the transcripts of Flynn’s Kislyak calls.

When David Ignatius of The Washington Post first reported that Flynn had spoken with Kislyak the day the Obama administration’s sanctions were announced, Flynn directed his deputy, KT McFarland, to call the columnist and say that he and the Russian ambassador did not discuss sanctions during the call.

“I want to kill the story,” Flynn told McFarland.

After McFarland spoke with the columnist, the Post updated his article with an anonymous Trump official saying Flynn and Kislyak did not discuss sanctions.

Pence knew he’d be asked about it during an interview the following Sunday on CBS, and he wanted to hear Flynn’s explanation directly. He called the incoming national security adviser, who told the vice president-elect that the topic of sanctions never came up. And that’s what Pence said on national television.

It was almost a month after Flynn told Pence he hadn’t discussed sanctions with Kislyak that Pence wanted to compare his conversation with Flynn to the ones Flynn had with Kislyak.

He connected by phone with Priebus who said the vice president wanted to see the transcripts — now. McCabe said he’d have to get them.

McCabe, the deputy director of the FBI, explained that he worked out of FBI headquarters.

The transcripts of Flynn’s phone calls with Kislyak were brought to the White House in a secure briefcase, just as they were eight days earlier.

Pence, Priebus and McGahn huddled in a conference room in the Situation Room suite reading the transcripts. McCabe remained in the room and at one point was asked whether Flynn had violated the Logan Act. He told the group that was a possibility that the FBI was investigating.

Pence asked for a printed copy of his CBS interview. After receiving it, Pence compared the transcript of his interview with the transcripts of Flynn and Kislyak.

He barely spoke as he read through the documents line by line.

“Number one, what I would ask you guys to do – and make sure this, make sure that you convey this, OK?” the transcript showed Flynn said to Kislyak during their Dec. 29 call – the day the Obama administration announced the Russia sanctions – “do not uh, allow this administration to box us in, right now, OK?”

“I know you have to have some sort of action,” Flynn continued. “Make it reciprocal. … Don’t go any further than you have to. Because I don’t want us to get into something that has to escalate.”

Kislyak explained that one of the problems Moscow had is that, in addition to expelling Russian diplomats from the U.S., the Obama administration just sanctioned key Russian intelligence entities.

“So that’s something that we have to deal with,” Kislyak said to Flynn. “But I’ve heard what you say, and I certainly will try to get the people in Moscow to understand it.”

Flynn made the case that “we need cool heads to prevail.”

Pence compared that to the transcript of his response on CBS, when asked about Flynn’s Dec. 29 phone call with Kislyak.

“I talked to General Flynn about that conversation,” Pence said in the interview. “They did not discuss anything having to do with the United States’ decision to expel diplomats or impose censure against Russia.”

“So did they ever have a conversation about sanctions ever on those days or any other day?” Pence was asked.

“They did not,” the vice president-elect replied.

Pence read the transcript of a follow-up call between Flynn and Kislyak on Dec. 31, after Russia announced it would not retaliate for the sanctions.

“I have a small message to pass to you from Moscow,” Kislyak told Flynn.

“I appreciate the steps your president has taken. I think that it was wise,” Flynn interjected.

“I just wanted to tell you that our conversation was also taken into account in Moscow,” Kislyak said.

“Your proposal that we need to act with cold heads, uh, is exactly what is uh invested in the decision,” Kislyak added.

In Pence’s interview on CBS, the transcript showed, he had dismissed the idea of more than one conversation between Flynn and Kislyak. “I don’t believe there were more conversations,” he said.

“He was smoldering,” one person in the room described Pence as he read the transcripts.

Priebus got up in the middle of the meeting, said he’d seen enough, and left the room.

Afterward, Pence was clear: The transcripts revealed that Flynn hadn’t been truthful. But Pence wanted to think about whether he’d advise the president to fire Flynn.

More than two weeks after Yates’ first warning about Flynn, McGahn, Priebus and Bannon had the first serious conversation with Trump about whether to fire the national security adviser. They told Trump they had reviewed the transcripts of Flynn’s call with Kislyak, and that it was clear he had lied to Pence.

Priebus, who early on thought Flynn had to go, was even more certain. Flynn either knowingly lied to the vice president — which Priebus and McGahn believed he had done — or he was too incompetent to serve as national security adviser if he couldn’t remember details like the topics of his conversation with the Russian ambassador. Neither, from their perspective, was acceptable. All three advisers recommended Trump fire Flynn.

The drama unfolded behind the scenes as Trump welcomed Japanese Prime Minister Shinzo Abe to the White House for official meetings, followed by a weekend at his sprawling South Florida estate, Mar-a-Lago.

As national security adviser, Flynn had a high-profile role in Abe’s visit that day.

That afternoon Flynn joined Trump and senior White House officials on Air Force One for the flight to Florida and the weekend with Abe.

Trump wandered to the press cabin in the back of the plane while giving his wife a tour of the aircraft and told reporters he hadn’t seen the Post report on Flynn.

“What’s he doing here?” Trump snapped to a friend when he saw Flynn that weekend at Mar-a-Lago.

The controversy over Flynn’s contacts with Kislyak showed no signs of waning. Yet Flynn felt confident he would weather the firestorm.

He played a role in the scramble that night on the outdoor terrace at Mar-a-Lago, as the U.S. and Japanese delegations were dining, to craft a response to a North Korean missile test.

White House aide Stephen Miller was asked the following morning on the Sunday news shows whether Trump has confidence in Flynn, and he did not have an answer.

Meanwhile, Flynn was among those helping plan for Trump’s Monday meeting with Canadian Prime Minister Justin Trudeau at the White House.

On the president’s flight back to Washington Sunday, Flynn was in the conference room on Air Force One leaning over an aide to go over some paperwork, his image splashed on a large flat-screen TV behind him showing news coverage about whether he’d be fired.

During the flight, Trump asked Flynn if he had lied to Pence. Flynn said he might have forgotten details of his conversations with Kislyak but he didn’t believe he had lied. “OK,” Trump said. “That’s fine. I got it.”

After landing at the military base in Maryland where Air Force One is kept, Flynn was among the handful of aides who joined the president on his helicopter for the flight back to White House. 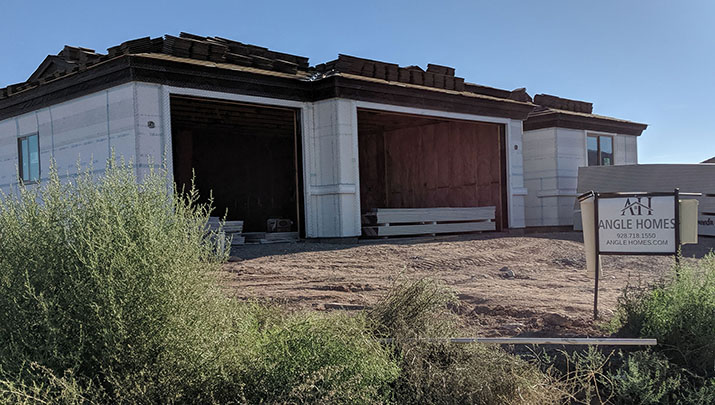