When it comes to restoring an old home, don’t even think about painting over original woodwork or tearing down walls, insists HGTV star and Lake Orion native Nicole Curtis. Curtis, an unabashed and vocal proponent of “old houses, old people and old dogs” (she has T-shirts with the phrase), says […]

When it comes to restoring an old home, don’t even think about painting over original woodwork or tearing down walls, insists HGTV star and Lake Orion native Nicole Curtis.

Curtis, an unabashed and vocal proponent of “old houses, old people and old dogs” (she has T-shirts with the phrase), says she’s still a “purist” when it comes to bringing back old homes to their original glory.

Now, Curtis, a mom of two, is using her new show, “Rehab Addict Rescue,” which premieres Thursday at 9 p.m. on HGTV, as a platform to keep sharing her view that old homes should be kept intact with original details restored, not replaced, especially in Detroit.

With every project, “there’s no chance we are opening up walls,” said Curtis, speaking from California where she now lives, though she flies back regularly to Detroit. “It’s really preaching for me, ‘Stop this madness.’ Don’t paint original woodwork. Let us remind you again of how you can really restore a house.”

Her new series focuses on eight homes across Detroit as homeowners, many of them overwhelmed, navigate renovations and turn to Curtis and her team for help. One house is in Indian Village, another is West Village and another is in LaSalle Gardens. Each one-hour episode focuses on a different home.

“So many of these people bought the house without a plan and their expectations were completely wrong,” said Curtis. “Some people were ready to sell their houses.”

Curtis said she could’ve filmed the show in California but it was really important for her to do it in Detroit with her team.

“There are so many people that their dream is to buy an old house in Detroit,” said Curtis. “But then they don’t have air conditioning and it’s $40,000 to install it. They have very good intentions and no good plans.”

Each homeowner featured in the new series has done some work but Curtis and her team step in to help with kitchens, bathrooms and what Curtis calls the “majors.” One episode features a home in Indian Village and a master bathroom that a previous contractor had recommended gutting.

“We chose projects where they could learn alongside us,” said Curtis. “And when we left, I had a punch list for people to keep working on.”

The new series comes a decade after Curtis first made her TV debut on her hit show, “Rehab Addict.”

Since then, she’s has restored houses all over Detroit, a few in the suburbs and several in Minneapolis where she used to live. She worked with Dan Gilbert’s Bedrock team to restore the iconic Ransom Gillis home in 2015 in Detroit’s Brush Park neighborhood.

But after having her second son five years ago, Curtis said she wanted to take a break.

“We never stopped” filming “Rehab Addict,” said Curtis. “We didn’t take a break once. My son grew up, I had another baby, my grandparents died. It was a lot to cram in there.”

But even as she stepped back, Curtis said she still regularly got requests from frustrated fans trying to restore old homes but in over their heads.

“We kept having all these people write to me and post on our FB,” said Curtis.

The call for help sparked an idea: why not create a series helping people restore their own old homes?

To find the featured homeowners, Curtis said they turned to social media. And she says it was an adjustment for her to be working on homes that belonged to other people. She still owns most of the projects she’s restored on “Rehab Addict” (several are available to rent on Airbnb).

The new series also is personal in some ways for Curtis because her oldest son, Ethan, who she remembers bringing to job sites as a child, is now 23 and appears in the pilot episode.

“It’s so awesome,” she said. “Ethan has been on job sites his entire life.”

In the end, Curtis says she and her team befriended all the homeowners they worked with, many of whom continue to work on their homes.

“It’s not just a house renovation,” said Curtis. “It’s a life renovation. All of us get in these positions where you’re stuck. This is like my 10th career. I went to school for something completely different. It’s really just to show them that you just have to realize that you have to have a plan and regroup.”

Tue Feb 2 , 2021
Basic Motors has rolled out a new brand name identification as aspect of a generate to raise adoption of electric powered vehicles. It statements its new glimpse – established by in-residence designers – is a lot more “present day and vivid” than the preceding blue sq.. But is it up […] 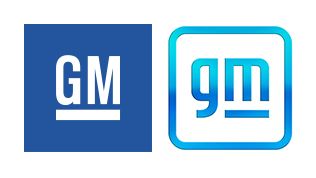