Joe Biden is officially the 46th President of the United States, and while we’re curious as to what new policies he’ll introduce, we’re also interested to see if he’ll make any renovations to the White House during his term. Over the years, the White House has undergone several additions both […]

Joe Biden is officially the 46th President of the United States, and while we’re curious as to what new policies he’ll introduce, we’re also interested to see if he’ll make any renovations to the White House during his term.

Over the years, the White House has undergone several additions both internally and externally. We’re not just talking about the six desks that have been used in the Oval Office or changes to the decor. From bowling alleys to swimming pools, the first families have made some edits to the White House’s 132 rooms and 18.7 acres. Here’s a look at some of the more extravagant amenities that were installed.

James Buchanan added a greenhouse to the roof

As a refresher, the White House was originally built in 1792; however, after incurring damages from the War of 1812, the Pennsylvania Ave property was rebuilt from 1814 to 1817. The first major renovation took place during James Buchanan’s time. According to the White House Historical Association, his niece Harriet Lane, who was also the White House hostess, convinced him to introduce a wooden greenhouse on the roof of the west terrace in 1857. It burned down in 1867, but was replaced with a new one, this time twice as big and made from iron and wood.

On the left you can see one of the conservatories added to the White House.

Buchanan wasn’t the only one with a green thumb: In the 1870s and 1880s, Presidents Grant and Hayes called for additional conservatories to be added, including rose houses, a camellia house, orchid houses, and a house for bedding plants.

It appears President Roosevelt wasn’t much of a plant guy—although he was keen on taxidermy. In 1902, the 25th President removed the conservatories in order to construct the Executive Office Building (now known as the West Wing). He also added a tennis court to the grounds. In terms of decor, Roosevelt (an avid hunter) had animal heads displayed in the dining room.

Franklin Delano Roosevelt had an indoor pool installed in 1933 to practice his physical therapy exercises.

Anyone for a swim? FDR had a 50-foot narrow pool installed directly underneath the White House Press Briefing Room, for physical therapy exercises. According to the White House Museum, “the president’s pool was a modern-day showcase of technology, featuring underwater lighting, sterilizers, and the latest gadgets.” He was reported to have swam in it multiple times a day.

During his term, President Roosevelt also had a cloakroom transformed into a movie theater— an addition that has remained popular with First Families to this day.

Richard Nixon had a one-lane bowling alley installed in the basement of the White House under the North Portico.

In 1969, President Nixon had a one-lane bowling alley built at the White House, which still stands today. However, this wasn’t the first bowling alley: During President Truman’s term, lanes were added to the ground floor of the West Wing as a birthday gift, per the White House Museum. Truman himself didn’t care for bowling but allowed his staff to start a league. These original lanes were taken out of the White House and moved to the Old Executive Office Building in 1955.

Gerald Ford added an outdoor pool, a cabana, and a secret tunnel

In addition to the indoor pool, President Ford added an outdoor swimming pool to the White House grounds in 1975. He also had a cabana built that offered changing rooms and showers, as well as an underground passage that allowed the first family to get to the pool from the West Wing without going outside.

While solar panels are a popular amenity now, you didn’t see too many of them in the ’70s. In 1979, President Carter had 32 of these panels installed on the White House roof—an action that many considered ahead of its time. President Ronald Regan took office following Carter and had the panels removed. In 2014, President Obama brought them back.

According to the White House Museum, First Lady Hillary Clinton surprised President Clinton for his birthday by transforming a third-floor sitting room into a music room so he could play his saxophone. Clinton displayed pieces of memorabilia that had been given to him by musicians or fans of music in the soundproof room.

Barack Obama had the tennis court adapted into a basketball court

President Obama had the tennis court adapted for full-court basketball games. Painted lines and removable basketball hoops were added to the premises.

In 2020, First Lady Melania Trump unveiled the new White House Tennis Pavillon. The structure includes a colonnade, parapet wall, and fanlight windows taking after the look and feel of the White House. The pavilion was not well-received by the public—it was largely panned as a frivolous addition to introduce while COVID-19 cases were spiking and unemployment was at an all-time high.

Kelly Corbett
News Writer
Kelly is the News Writer at House Beautiful where she covers a little bit of everything ranging from decorating trends and must-have products, to anything that includes doughnuts or glitter.

This content is created and maintained by a third party, and imported onto this page to help users provide their email addresses. You may be able to find more information about this and similar content at piano.io

Wed Jan 27 , 2021
BERLIN (AP) — Countless numbers of aged Germans faced on the web error messages and jammed up hotlines Monday as specialized difficulties marred the begin of the coronavirus vaccine marketing campaign for over-80s in the country’s most populous point out. North Rhine-Westphalia, whose population of almost 18 million is larger […] 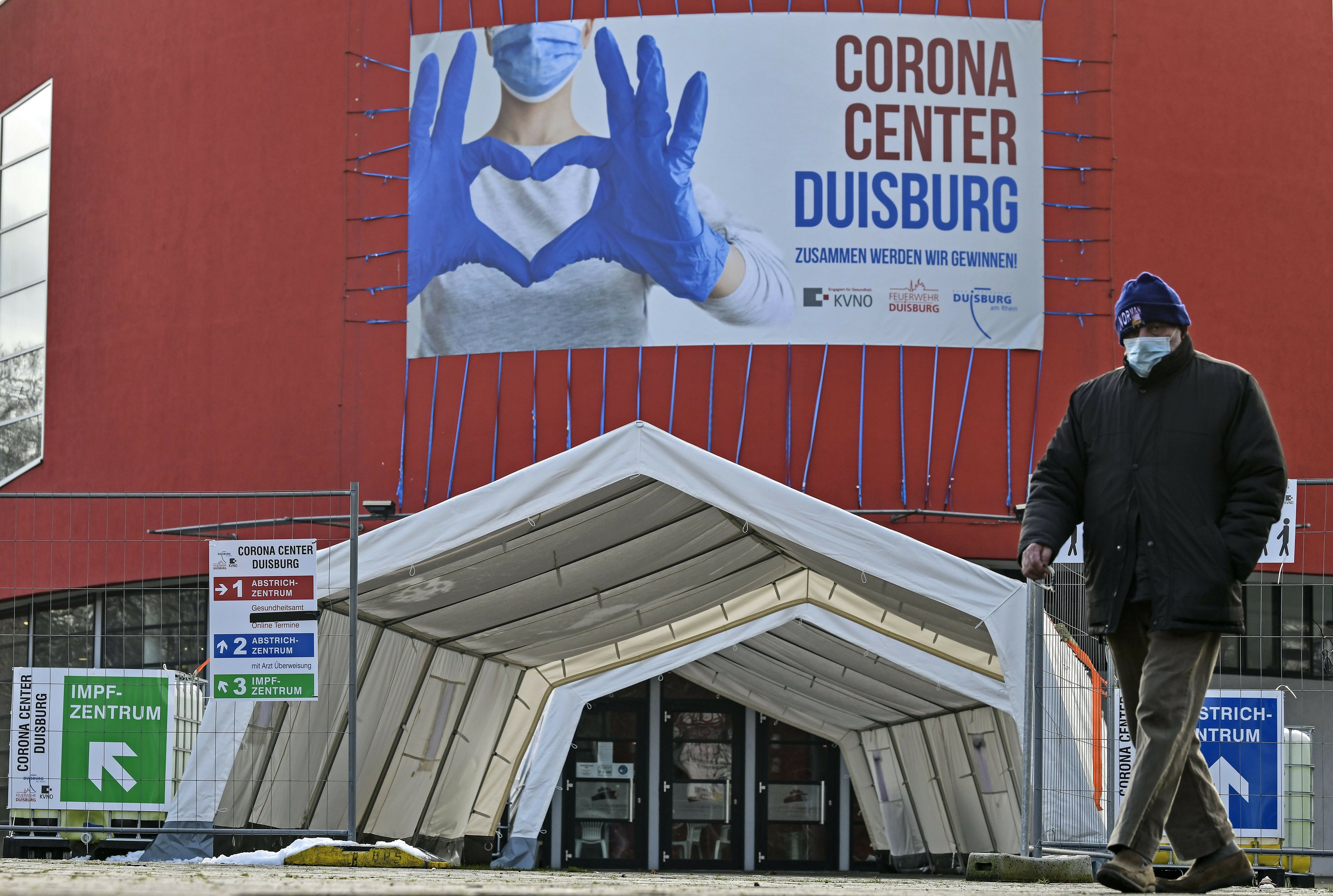